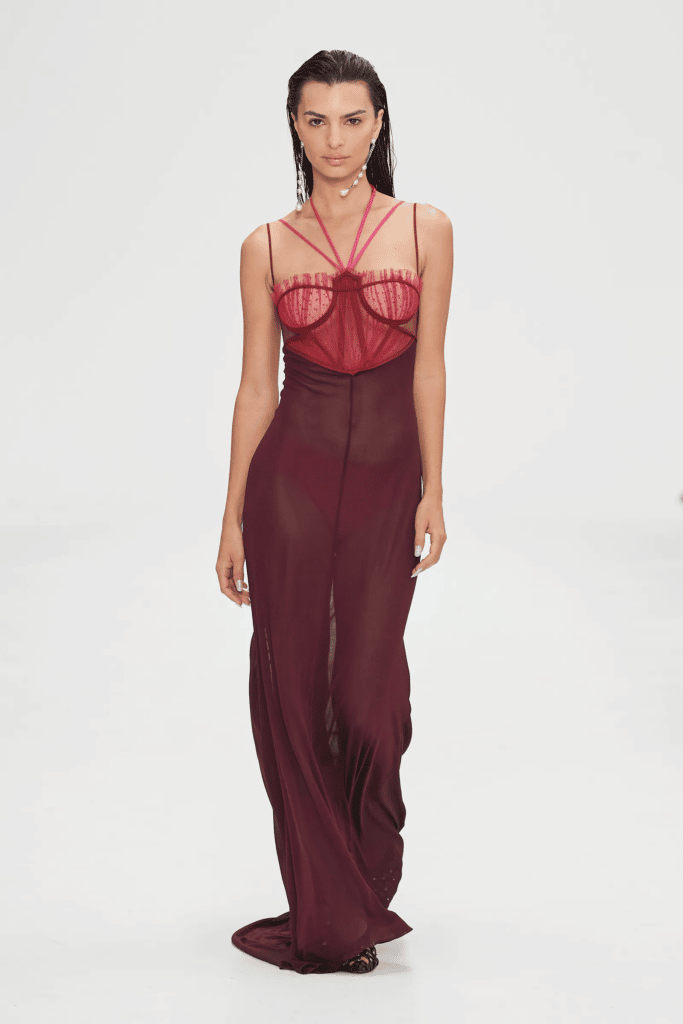 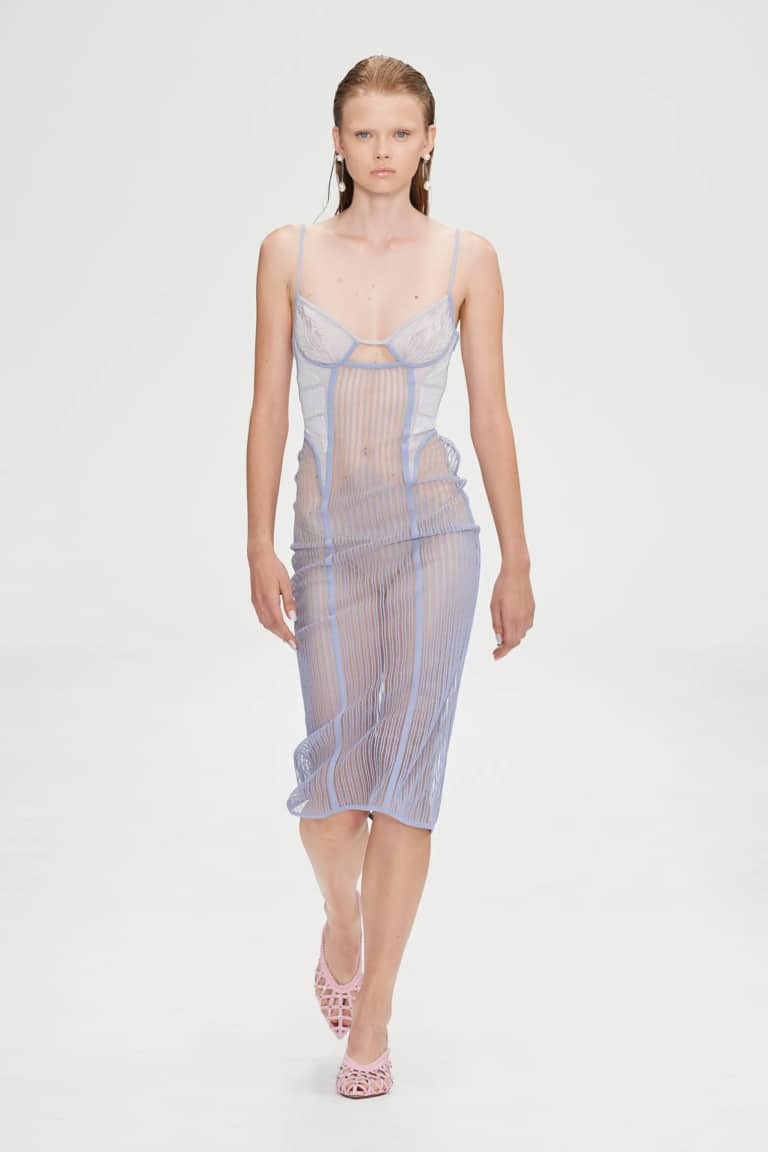 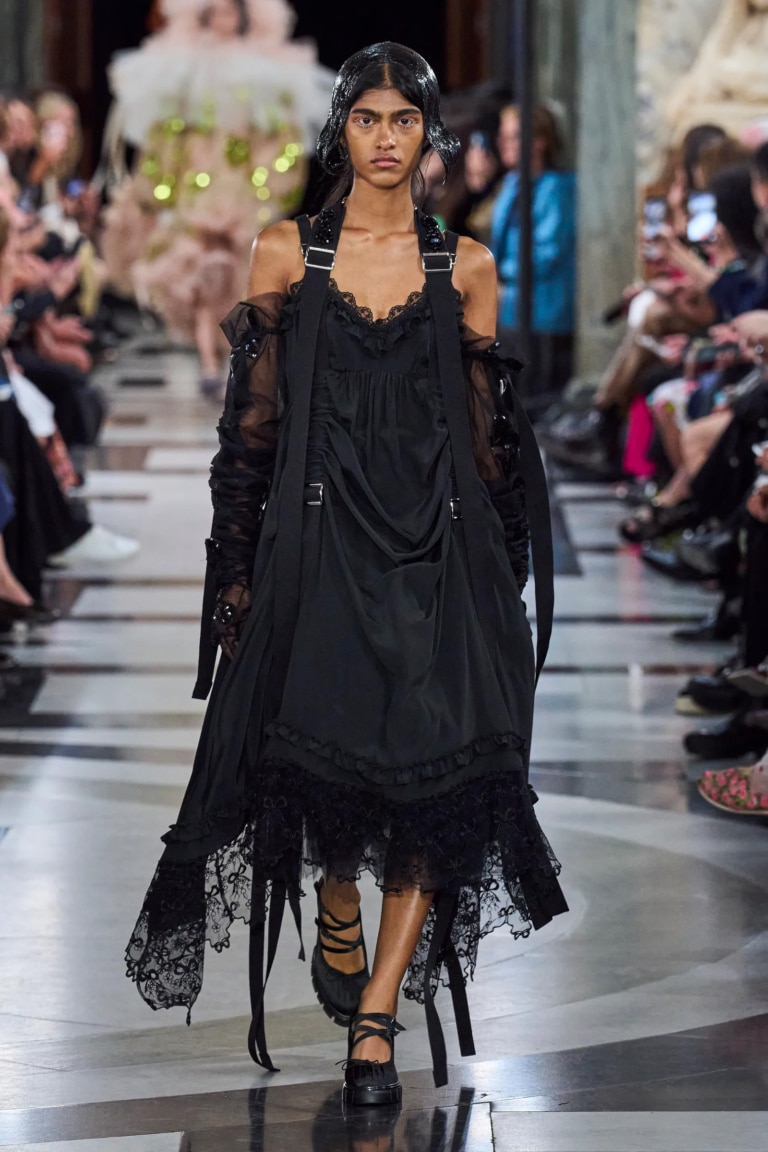 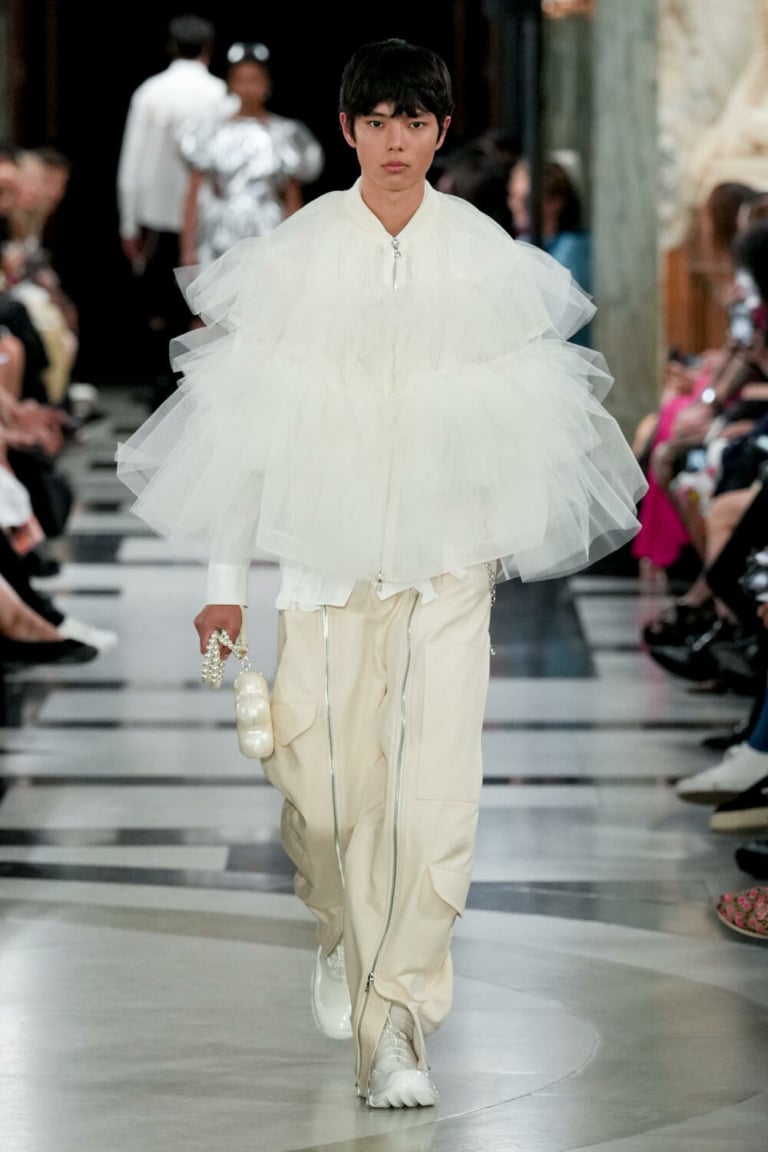 For Nensi Dojaka’s second spring/summer collection, the designer took her lingerie inspired sensibilities to new heights. The “underwear as outerwear” trend is back in full force, drawing even more eyes to the brand this season as the potential new “It-Girl wardrobe.” The casting direction for the show certainly helped cement the notion that Nensi is a designer to watch, with fashion darlings such as Vittoria Ceretti and Emily Ratajkowski generating buzz on the runway.

Simone Rocha also made waves this London Fashion Week, debuting her first complete menswear collection. But don’t let this fool you into thinking this means her signature vision of outlandish femininity was lost in the mix. Rather, both men and women were seen walking the runway in petticoats, ruffles and tulles galore. In regard to what inspired her this season, Rocha stated, “I wanted to work into this beautiful masculinity, and really think about the juxtaposition to everything I’ve done within the last decade with women, and see how that world plays out in the crossover between the two.”