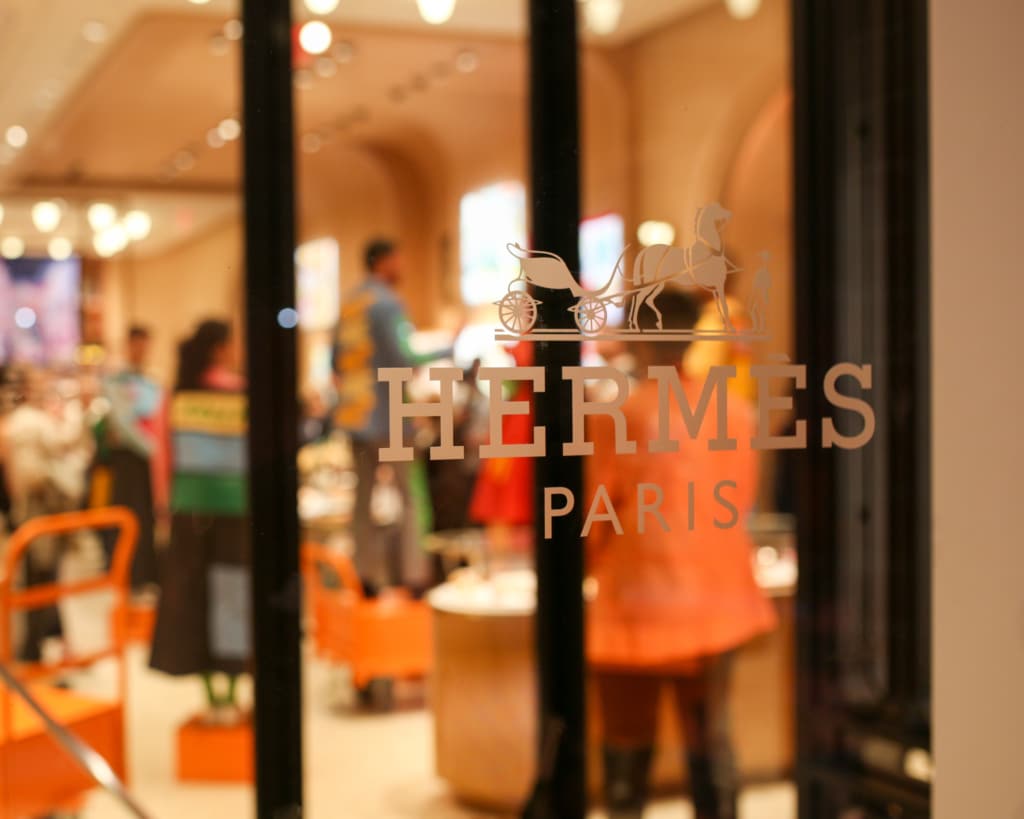 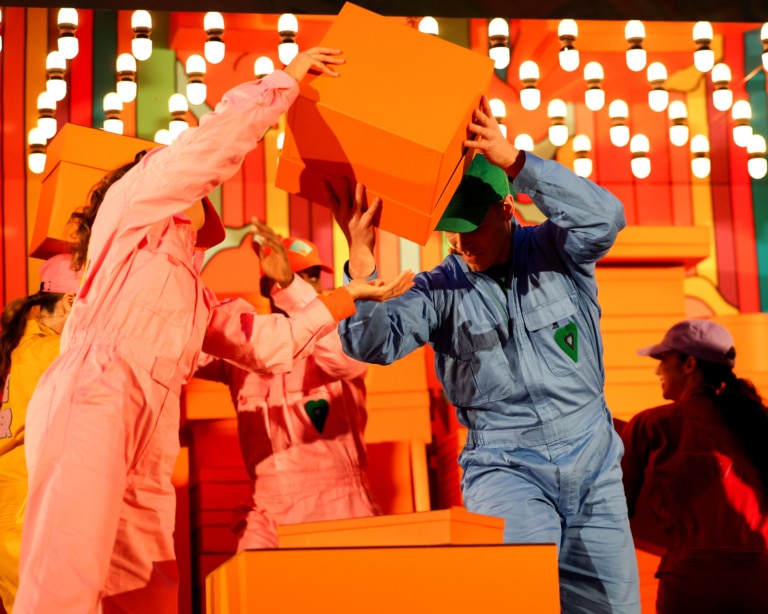 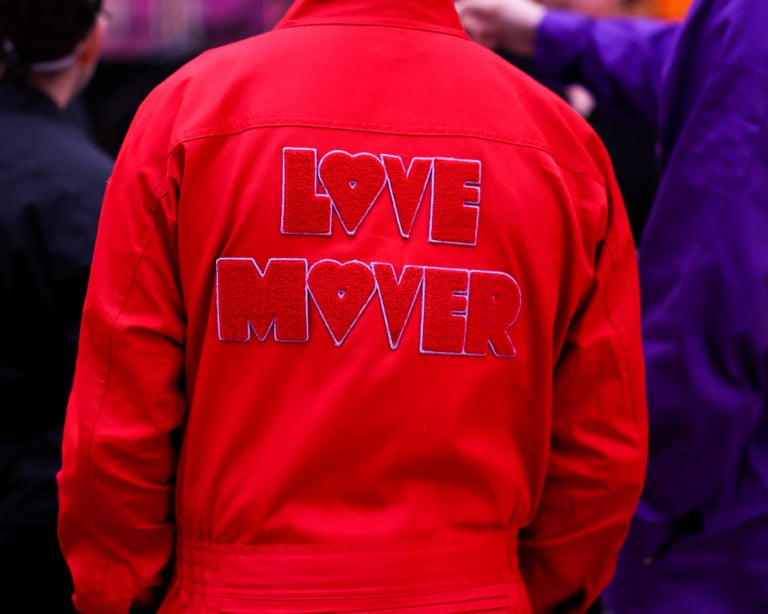 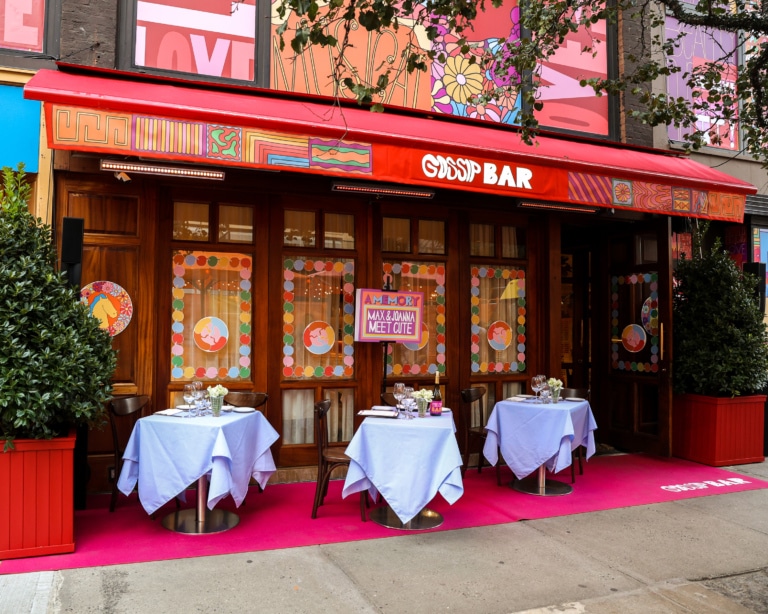 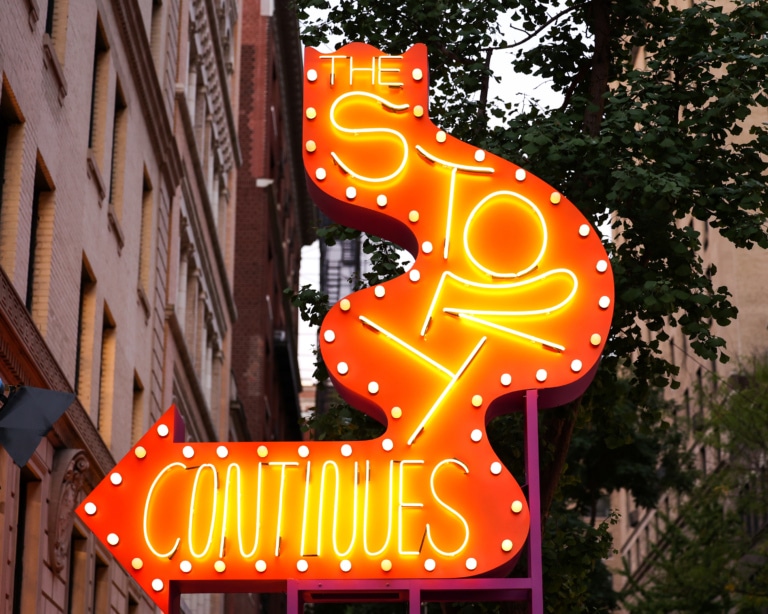 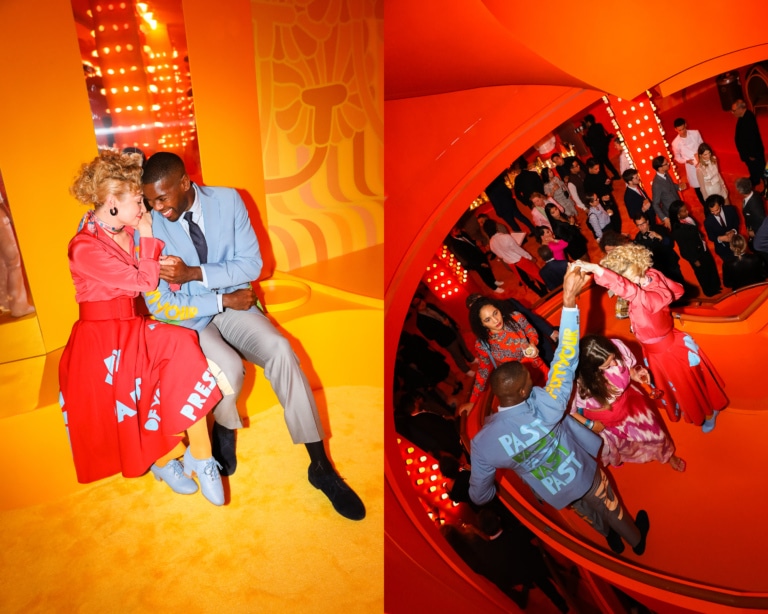 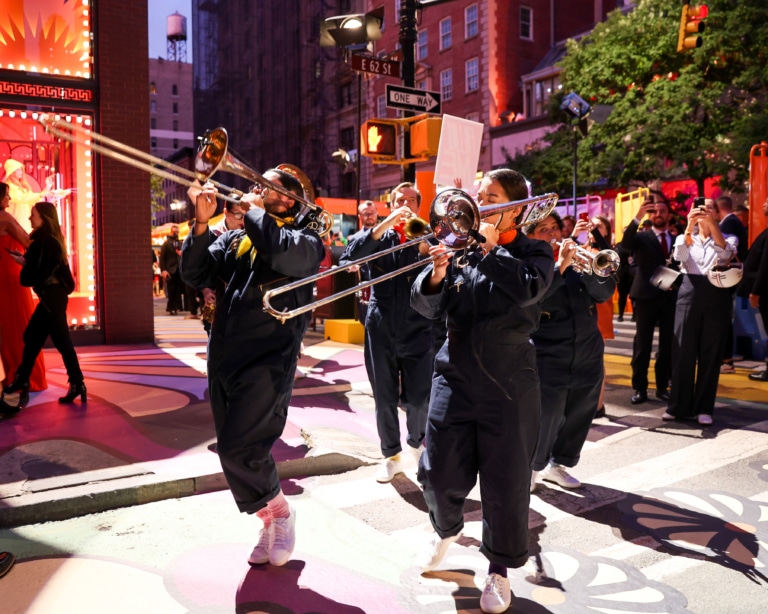 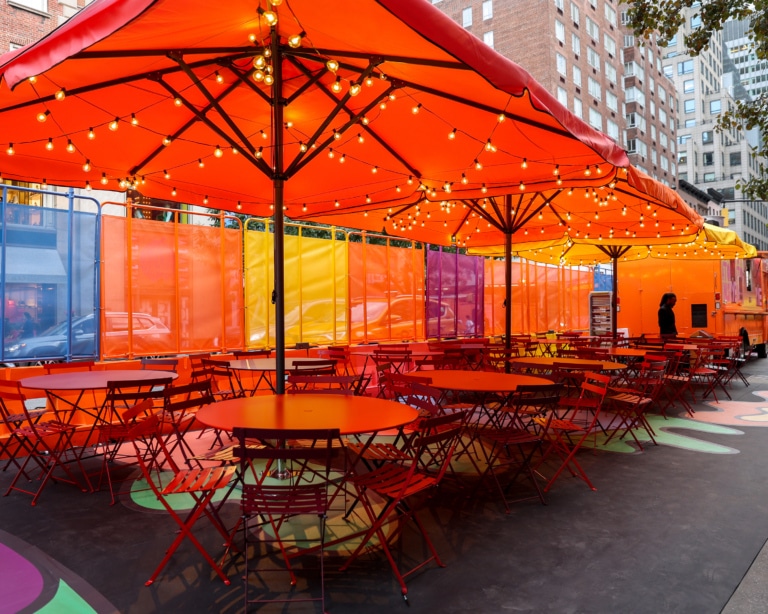 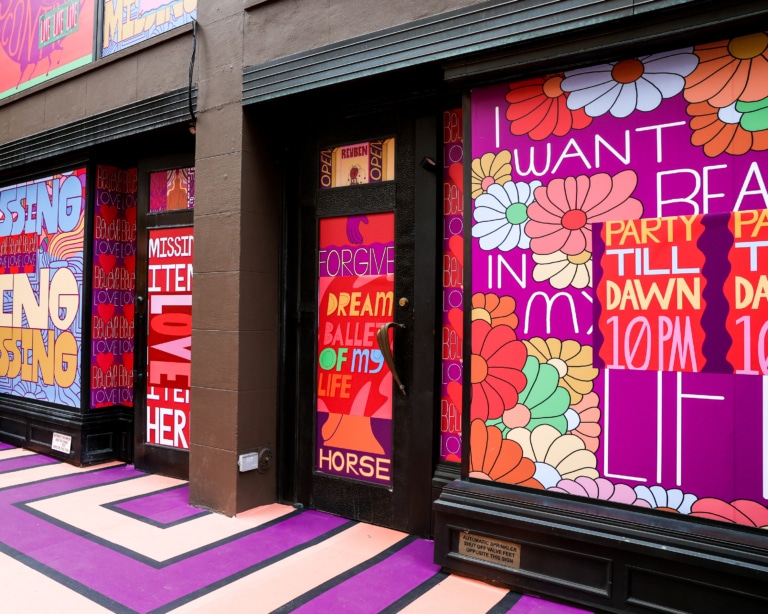 The opening celebration of 706 Madison, the largest Hermès flagship location to date, was an elaborate block-party-meets-musical organized by Exposure NY Creative Services. The street was closed off for the event, making room for the numerous colorful food trucks and exuberant live performances. Inside, guests became audience to Love Around the Block, a three-act theatrical love story about Max, a store manager, and Joanna, a journalist reporting on the opening.

In the spirit of Hermès, the event was filled with extravagant detail. Indoor and outdoor “memories” were recreated, like the fictional ‘Gossip Bar’ where the characters of Max and Joanna first met. A brass marching band led guests through the festivities as the extensive ensemble cast performed on all four floors of the store, singing original songs and dancing joyfully in their stand-out costumes.